On May 25, Africa Day 2018, the MeerLICHT optical telescope was officially inaugurated at South Africa’s Sutherland observatory. Oxford, via the 4 pi sky project, is a key founding member of MeerLICHT.

The unique aspect of this telescope is that it will robotically track, all the time, where the MeerKAT radio telescope (expected to be itself inaugurated in the near future, and to commence full time survey operations by 2019) is pointing. The key science goals are astrophysical transients: if a radio transient is observed with MeerKAT, there will be simultaneous optical data (at night!) and vice versa. This is a very exciting and new exploration of parameter space. 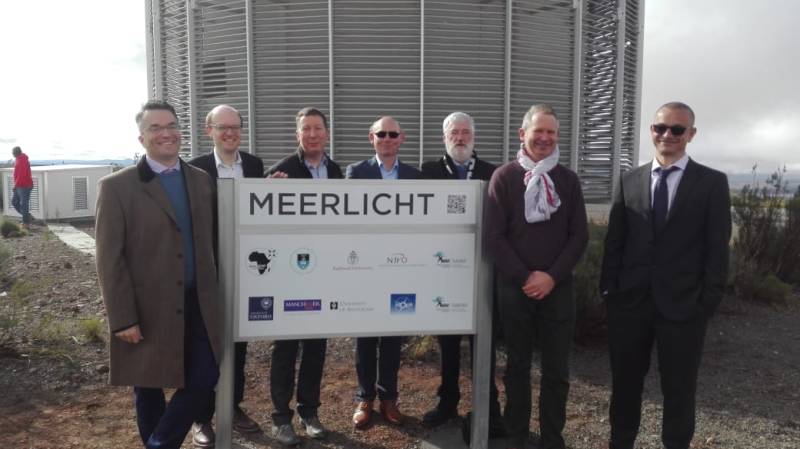 Below is one of several first-light images released. This one is of Baade’s window, in the direction of the galactic centre, and this single image contains an estimated two millions stars.

There was a lot of press interest in the inauguration, and we even made the national tv: